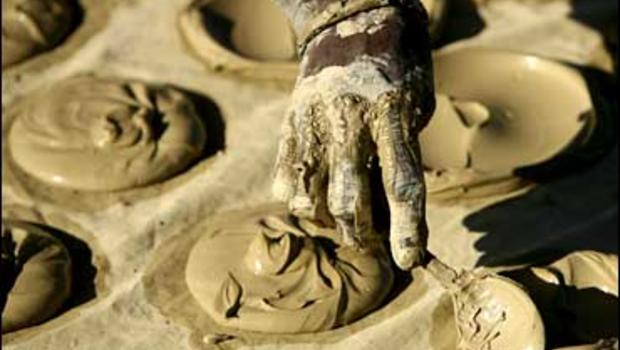 How is it possible that we have people so impoverished that they have to eat dirt cookies in order to trick their stomachs into thinking they’re full?  They have no food.  My husband brought up that he had seen this video last week as we sat around the dinner table.  The children were curious, asking about what the cookies looked like, what they tasted like, and ultimately asked to watch the video.  We elected to talk about solutions rather than spending our time watching something that would perhaps be disturbing for them.  But what has been more interesting is how they have been carrying this idea with them, that there are children in the world who are eating dirt to survive.  They bring it up frequently, as it is something beyond their understanding of the world, and I presume the idea was a bit jarring, as it was for me as well.  My children have lived a very sheltered and privileged life.  We have never known hunger.

At first, my children wanted to bake some cupcakes and send them to Haiti.  After some discussion about what might happen to the baked goods on the long journey across the world, my five year old son has decided he will donate money to help these people find something better to eat.  He recently started a t-shirt business, upcycling t-shirts to fund a Lego police station that he wants.  He came up with the idea of getting the rest of the money to buy his Lego station (which is now only about 3 more shirt sales), then sharing the remainder of his profits with hungry children.  An admirable solution for a young boy!

When we first brought this up with the children, I was a bit fearful of burdening their young souls with life’s ugly side.  The side where people aren’t as privileged as us, to the point where they struggle for their necessities.  I questioned whether my children are too young for these harsh realities.  What I was surprised by was his willingness to rise to the occasion.  He expressed a genuine desire to help out.  We do a lot of talking about ‘the golden rule’ in our house and after the fact, I see this as an extension of that discussion.  I think our effort to look for solutions rather than wallow in what’s wrong with the world is where real change can be made.  I hope to inspire my children toward making a difference and teach them that along with their privilege comes an opportunity to help others.

The truth is, extreme poverty exists.  The more I can normalize it, the more my children can move beyond an ‘us and them’ mentality and can rise up to find small solutions to big problems.  We will continue to talk about dirt cookies.  I plan to fully avoid the ‘you should eat your dinner, there are children in the world who are eating dirt cookies instead’ angle.  This helps no one.    Guilt should not be a motivating factor towards action.  What I do hope for is that my kids will be able hold in their hearts the difficult reality that there are children in the world without enough to eat and that we can do something about it.